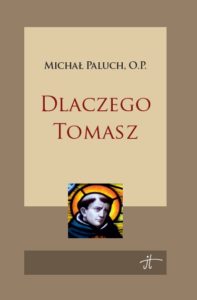 Saint Thomas Aquinas should not be relegated to the margins of philosophical and theological reflection. The thought of Aquinas has been the most important point of reference for the interpretation of the Tradition in the Western Church in recent centuries. St. Thomas’s brilliant syntheses allowed him to organize and summarize into one whole many centuries of intellectual and spiritual speculation. It is, however, impossible to deny that Thomas was a man of the 13th century rather than the 21st. His thought cannot be understood by contemporary scholars though the mere repetition of the things he wrote. Only when we confront Thomas’s work with our own questions and contemporary problems can we truly be inspired and enriched by his works. This book aims to help present-day people engage with St. Thomas in a way appropriate to their own experience.

The book is not a systematic overview of all the important issues covered in Thomas’s writings. It is organized around three key questions, which seem particularly salient in today’s discussions of Aquinas’s work: (1) Aquinas’s approach to philosophical and theological reflection; (2) his concept of God; and (3) his treatment of Salvation History. Starting from basic principles, which help the reader to place Thomas’s work in the proper perspective, the author moves on to specific questions. The book consists primarily of articles that were previously published independently; each chapter therefore can function as an independent unit. The section dedicated to St. Thomas’s own approach to his scholarly work begins with an article that reminds the reader that Thomas was an investigator who examined the created world around him in a spirit of humility, while at the same time daring to make bold synthetic analyses of reality. The ‘problem of God’ was the organizing principle of Aquinas’s broad and diverse intellectual inquiries. The next chapter focuses on the Universal Doctor’s revolutionary approach to the master-pupil relationship, in which the pupil is supposed to seek the truth autonomously while the master merely guides and assists him in his quest. This approach stemmed from an understanding of reason as the greatest gift we have received from the Creator, who is a Divine Teacher in whom we ought to trust and whom we should allow to guide us. The next chapter contains a thought-provoking examination of texts dealing with Thomas’s relationship to those who do not share the faith of the Catholic Church. St. Thomas believed that the ‘sin of unbelief’, which is a term that is hard for contemporary people to accept that was conditioned in Thomas’s writings by the discourse of Thomas’s own times, had its origin in a deadly decision to direct the will away from God; that intuition is at the root of Thomas’s conviction that the will must be supported in its development and trained to make correct choices. This is an important point, especially in light of the intellectualist approaches to Aquinas that we oft en encounter, in which Thomas is presented as a thinker who neglects the role of the will.

The section devoted to Thomas’s concept of God takes a slightly different tack. In this section we take time, fi rst, to recognize the radicalism of the notion of divine transcendence proposed by Thomas, and indeed by all classical theists. Thomas believed that only God – who is the absolute fullness of being, unity, and perfect goodness – can be the ultimate basis of being, wholeness, and hierarchy. This radical concept, which receives its final expression in Aquinas’s thesis of the absolute simplicity of God, according to which God’s existence and essence are not made up of any subsidiary parts, is indispensable in understanding the concepts of divine transcendence and divine immanence, two principles that are in no way in competition with one another, as well as in appreciating the possibility of arriving at a meaningful interpretation of the Christological dogmas that were defined by the Church in the first millennium. The concept of transcendence employed by Thomas corresponds to the description of divinity implied by the truth of creatio ex nihilo.The next chapter focuses, therefore, on an examination of St. Thomas’s treatment of this dogma against the background of the dogma’s interpretations in history. The next two articles in this section are dedicated to issues connected with the possibility of describing God’s omnipotence. The evolution in describing the distinction between potentia absoluta and potentia ordinata is an excellent prism through which to view the changes that occurred in theologians’ descriptions of omnipotence during the late Middle Ages. By referring to the wider context in which Thomas composed his refl ections, one is able to understand why the distinction mentioned above, although it has its limits, was useful as a theoretical construct: it allowed a defense of divine transcendence. An examination of the development of this distinction, according to which God’s ability to affect created beings is limited by the principle of non-contradiction, allows the reader, on the one hand, to appreciate Thomas’s keenness in detecting the most useful and relevant elements in the tradition he inherited, and, on the other hand, to grasp the distinction, which grew sharper over time, between the Dominican conception of omnipotence represented by Thomas and Albert the Great and the Franciscan conception found in the Summa fratris Alexandri and the writings of St. Bonaventure. The final chapter of the section dealing with Thomas’s conception of God deals with Trinitarian matters. The relational model of the divine persons is, after all, one of the most magnificent ideas presented in Aquinas’s tractate De Deo. In spite of the fact that Thomas’s reflections in this area are not original to him, just as his ideas about divine omnipotence were not exclusively his own (they were largely adopted from Saint Albert), it was Thomas’s precise and clear presentation of the issue that transformed the relational model of the divine persons into a keystone of theological discourse.

The final section of the book addresses Christology and Salvation History. The first chapter in this section shows how Thomas, by organizing the Summa as he did, was able to achieve (contrary to the claims of many contemporary critics) a finely-calibrated balance between an emphasis on the freedom of the God who became man, and the necessity of theological reflection on the subject of the Incarnation. This balance finds its technical expression in Thomas’s argument from fittingness, which draws on a defense of divine transcendence on one side while taking account of the marvel of divine intervention in history on the other. It seems that both of these themes, though fundamental to Thomas’s thought, are frequently neglected and ill-understood in discussions of Aquinas’s work; without them, we cannot arrive at a fair assessment of Thomas’s proposition. The next chapter in this section aims to prove that Thomas’s approach to Salvation History remains a rich vein of theological potential, containing many treasures that have yet to be uncovered. By placing Thomas’s writings alongside of those of St. Bonaventure, we can better appreciate the importance of each theologian’s approach to Salvation History. A theologian who glides over the specifics of Salvation History in order to depict that history as something which has already come to fruition in God arrives at a model that is quite different in its particulars from the model proposed by a theologian who considers Salvation History “from within” and who carries out his reflections at a point prior to the ultimate decisions that human beings make in freedom. The difference between these two perspectives seems not to be pointed out or described in the articles on this subject that have appeared previously. The two articles which conclude the final section deal with Christological matters. The article dedicated to Thomas’s use of the concept of ‘sacrifice’ in his description of Christ’s saving work gives the reader an opportunity to consider Aquinas’s soteriology. Although St. Thomas began systematically to employ the concepts of ‘sacrifice’ and ‘priesthood’ only at the end of his life, it seems that his earlier concepts of service, atonement, and instrumental causality can be interpreted as a sort of “anonymous” theology of existential sacrifice, in that they describe the same theological reality without actually using the term ‘sacrifice’. The next chapter, which deals with the conflict between some contemporary ideas in the theology of religion and the basic principles of Thomas’s Christology, demonstrates the importance of the Incarnation in the system of Thomas’s thought.

This brief overview of the fruits of the author’s investigations, described above, presents several different themes that together form a compelling response to the question of why St. Thomas should remain an important partner in our philosophical and theological debates. On the basis of the work presented here, without showing any disrespect for the specific subjects of particular articles within the whole, it is possible to formulate three overarching questions which, it seems, should be posed to contemporary theologians on the basis of Thomas’s synthesis. The first of these questions has to do with our approach to philosophical and theological reflection and in particular with our approach to human reason: How do we express our fidelity to reason today? Thomas was able to present a concept of the autonomy of reason which was not in conflict with the role of the Creator and which, in fact, drew its dignity and meaning from its dependence upon the Creator. Are we, without reference to the concepts we have inherited from Thomas, able to articulate the role and dignity of the human intellect with comparable depth and balance? The second question addresses the concept of God. Thomas’s account points out the gulf that lies between God and the word; on this basis, paradoxically, it leads us to a bett er understanding of the intimate bond that links the Creator with creation. It allows us to defend the notion of divine nature as the fullness of being and life, to defend the traditional Christological doctrine of two natures united in one person, and to interpret Trinitarian monotheism in a convincing way. Today we often attempt, more or less consciously, to bring into our theology an image of a God who has been “liberated” from his own nature and is in the process of “deciding who he is” together with us. Can such a notion of God be made to fit with the teachings of the ecumenical councils of the first millennium? Does it allow us to describe the Incarnation convincingly while avoiding modalism in our Trinitology? The third question stems from those that preceded it and has to do with Salvation History. Aquinas, following in the footsteps of other thinkers of his era, takes an approach to this subject that protects God’s freedom to act in the created world but at the same time allows us to appreciate, from a post factum point of view, what has already been accomplished in the history of salvation. Do we possess today – if we decide to question or reject the teachings we have inherited from St. Thomas – a similarly systematically – laid-out explanation, which would allow us to preserve both these aspects as we reflect on God’s actions in history?